← back to
Whirlwind Recordings
Get fresh music recommendations delivered to your inbox every Friday.
We've updated our Terms of Use. You can review the changes here. 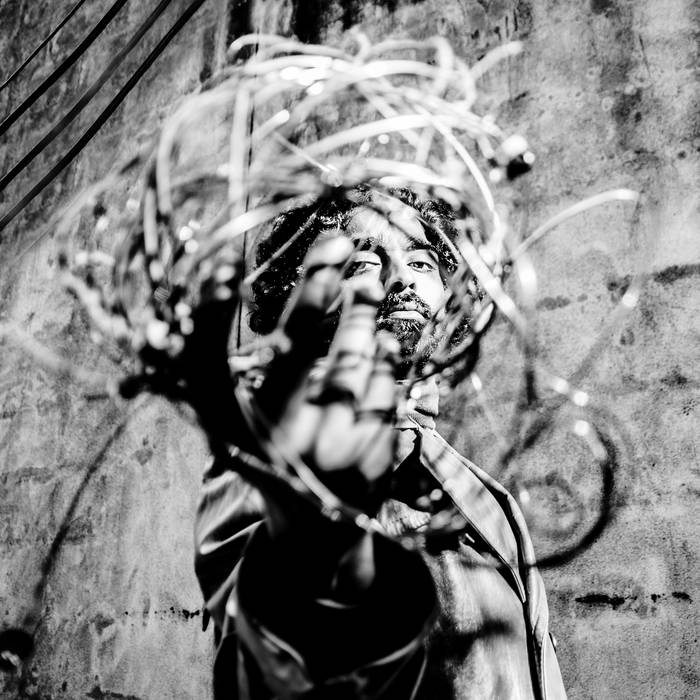 duane_harvey Tough to pick a favorite track here. This is a great band who obviously have many hours together under their belts. The group takes metric modulation and polyrhythmic ensemble playing to a level I have not heard before in jazz. Outstanding! Favorite track: Sangeet.

Since arriving to New York from Illinois by way of California in 2007, Raghavan has recorded and toured with numerous artists including Ambrose Akinmusire, Kurt Elling, Taylor Eigsti, Vijay Iyer, Charles Lloyd, Walter Smith III, Logan Richardson and Eric Harland. But he has also seized the opportunity to work with an influx of bright new stars, resulting in this markedly lithe quintet with alto saxophonist Immanuel Wilkins, pianist Micah Thomas, vibraphonist Joel Ross and drummer Kweku Sumbry.

“I had been wanting to record for quite some time when I met the guys through working on Joel Ross’ album”, explains Raghavan. “They had such a great rapport with each other and myself, it felt like a match. Then we had the luxury of playing together for a year to develop and build the repertoire.”

Their connection is tangible across this program of originals. “Once tunes became second nature, we could deconstruct them. Much of the music comes from my own improvisations on bass, expanded to a quintet format. The album title alludes to that evolution: a wake up call. Like a tune where each section changes and dramatically shifts the energy of the piece. In recording, I wanted to capture the energy of the band playing live.”

Following his bass intro, Raghavan’s first four tracks represent a suite unto itself, and the earliest material written for the quintet. Feel the pulsating momentum of ‘Newe’, where shared alto saxophone and vibraphone lines sparkle over the leader’s bass-led melody and relish ‘Sangeet’, conjuring the euphoria of his recent wedding. ‘Los Angeles’ evokes a cityscape’s afterglow with elegant, sustained phrases and percussive flair; and yearning ‘I’ll Go and Come Back’ (a loose translation of ‘Goodbye’ from Raghavan’s parents’ mother tongue of Tamil) references his thoughts on an older generation moving on.

Stark, monochrome image ‘Three Generations of Welsh Miners’, by American photojournalist W Eugene Smith, provided inspiration for breathless, even explosive ‘Seaminer’. Phosphorescent ‘Shift’ represents changes, how any idea can shift momentum, here represented by a morphing Ostinato and interlude where the melody and rhythm section take turns leading the development until the final repeated phrase. Solidly-trodden ‘Lunatico’ captures the moment when a new neighbourhood starts to feel like home. ‘Junior’ was written for the young bandmates. Shimmering ‘Calls for Action’ is dedicated to the Art Ensemble of Chicago; and closing bass miniature ‘AS’ features a delightful self-accompanied motif. Originally ‘AAS’, “An American Song” is a reflection of growing up in the United States as a person who does not look “American”. The piece is dedicated to his nephews and niece, who face a similar experience in a different world.

“I tried to create pieces that would allow the band to explore as a whole but also allow the members total freedom to interpret,” explains Raghavan. The vitality of Calls for Action is unquestionably testament to all that.

"Superb contributions all round that offer as much a collective dialogue as a solo platform... It's one of the strongest bassist-led debuts for some time."
★★★★ Jazzwise Magazine (Editor's Choice)

"A strong, powerful debut from Raghavan. The quintet fully explore the bassist’s compositions with style, exuberance and panache. Original and daring, there’s so much promise."
★★★★ UK Vibe

"Raghavan's playing is deep - in all senses of the word. It is a complex record that squeezes every drop of raw talent from his young quintet without flashy showmanship."
DownBeat Magazine

"A remarkable debut album"
All About Jazz

"Harish Raghavan may have been quite patient in waiting to record as a leader but the wait was well worth it."
Step Tempest

"Combines a number of divers elements and approaches to form a coherent entity that melds improvisation and composition in a unique fashion."
All About Jazz

"One of the most exciting young bassists in jazz."
Jazzma

"Three of the best instrumentalists of their generation on Raghavan’s debut as leader."
Jazz News

"Bristling with spontaneity and played with unmistakable conviction, Calls For Action is an assured statement by a young artist in the ascendant."
Jazz Journal

"The tunes have a knotty, immersive feel and there is a strong pulse and sense of narrative throughout."
Marlbank

The Whirlwind Artist Page for bassist and composer Harish Raghavan.

"One of the most exciting young bassists in jazz."
Jazzma

Bandcamp Daily  your guide to the world of Bandcamp